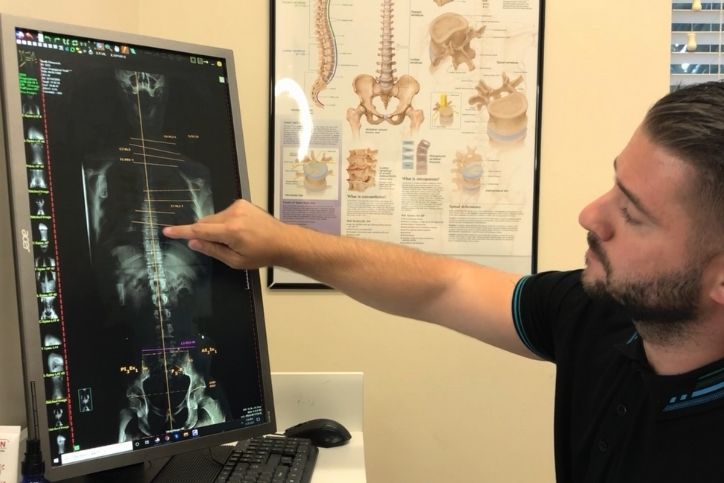 Gonstead vs Other Chiropractic Methods

At age 19 Clarence Gonstead suffered from severe rheumatoid arthritis in his foot. A chiropractor helped him walk again. This inspired Clarence Gonstead to enroll at the Palmer College of Chiropractic in Davenport, Iowa.

At that time, Palmer College faculty was investigating equipment that could assist in better diagnosing conditions. The goal being that conditions such as the source of back pain, or other ailments, could then be more accurately treated by chiropractic adjustment. Dr. Gonstead continued this research. He went on to improve diagnostic equipment. He most notably went on to help develop the original Nervoscope.

Dr. Gonstead also worked with various x-ray equipment manufacturers to improve x-ray technology for chiropractic diagnosis. This included developing the first full back x-ray. Another improvement was pioneering the use of split-screens.

Nordik Chiropractic is one of the few chiropractic clinics practicing the Gonstead Method in Florida, and the only Jupiter Gonstead Chiropractor.

Many ask “What is a Nervoscope?” A nervoscope is a unique device that measures thermal differences between two sensors set a few inches apart. It shows measurements on a large dial. The small sensors are gently applied to the skin on each side of the spine. This helps pinpoint or verify where issues exist.

Accuracy is the Hallmark of the Gonstead Chiropractic Method

With a more thorough examination, Dr. Gonstead also developed more accurate adjustments. These adjust just the specific area where the issue is.

The Gonstead method is different from other methods. Others may adjust broader areas to makeup for less diagnosis. The many methods that use a broader adjustment often choose a milder adjustment. This can sometimes be because the chiropractor is less sure they are adjusting the right location. For a patient, the issue with these other techniques can be that sometimes there is no relief. Otherwise, it can take more visits to have a benefit.

The process of becoming a Gonstead Chiropractor requires extensive additional training and practice. Becoming just a Doctor of Chiropractic has fewer requirements. It is this additional investment of time, focus and the overall difficulty in developing the necessary skills that deters most chiropractors from practicing the Gonstead chiropractic method.

Gonstead chiropractors must learn much more about diagnosis. This includes how to read an x-ray, how to use a Nervoscope and more. These are things that chiropractors practicing other techniques do not do, and therefore never learn about. Yet, a proper and thorough diagnosis is necessary for a specific and accurate adjustment.

Some believe that only the most dedicated chiropractors, who are passionate enough about achieving the best possible outcome for their patient, will commit to practicing the Gonstead chiropractic method.

The Gonstead method is generally accepted as the most respected method amongst chiropractors, regardless of which method they practice.

Even chiropractors who choose to practice another method will nevertheless still be familiar the Gonstead Method. As a result, many chiropractors will seek out a Gonstead chiropractor when they themselves need an adjustment.

Overall, the Gonstead chiropractic method is a chiropractic treatment method designed to achieve the best possible results for the patient. This was Clarence Gonstead’s method and one we are proud to continue today.

The Gonstead chiropractors at Nordik Chiropractic help patients get out of pain, heal and feel good again. Then to also maintain that, so patients can enjoy life to its fullest.

Our chiropractors and the rest of the welcoming team at Nordik Chiropractic are committed to providing chiropractic solutions to address your unique needs, whether you are experiencing back pain, neck pain, headaches, or even muscular tightness and tension.